Doctors are not gods.  I’ll say it again, doctors are not gods.  They get it wrong and all too often their prognosis allows no room for the extraordinary.  This was the barrier that would have prevented Chercara and Tim from raising a family of their own.  Chercara shares how faith and a deep-seated value of life raised hope in her heart, not for one miracle, but two.  A This Little Life story…

“I have six children but can only hold two of them in my arms.  If I was to heed the advice of many of the doctors and nurses responsible for my antenatal care, I wouldn’t even have these, my two beautiful boys.

Losing our first baby was not only one of the hardest things for me and hubby Tim to endure but it made me lose faith in the medical system.

I met Tim when I was 18 – it was ‘love at first sight’.  Within a month we were dating, another month and he asked me to marry him and a month after that we were married.  Talk about a whirlwind marriage! 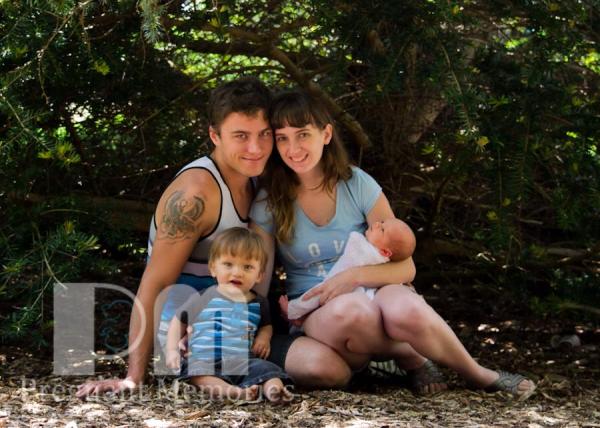 I’ve had problems with poly cystic ovarian syndrome for many years requiring multiple operations.  We didn’t know if we would be able to have kids at all, so we decided to start trying early on.  Much to our surprise we conceived straight away.

Falling pregnant was no problem but we quickly discovered that my body sees babies as foreign objects and tries to get rid of them.  I battle to stay pregnant.  We were so excited to be expecting our first precious baby but on the 30th of December 2011, I had my baby at 13 weeks on the toilet in the ER while waiting for a room.

He was still inside his sac and no bigger than my hand.  I just remember looking down at my tiny baby and wishing there was a way that I could put him back, or something that I could have done to protect him.

It also made me angry to think about all the tiny babies that are willingly aborted under the lie that they are not a real life. I had studied the beginning of pregnancies for years, going over every detail to prove that it’s a real life from day one, but now I was actually standing there, holding my tiny baby in my hands, staring at life itself.

We were going to bury him but the nurse at the hospital took him from me (to do some tests and get him ready for us to take home).  We never saw him again.  The hospital said he had been ‘misplaced’.

We went on to lose twins in February 2012, but immediately conceived again with our first miracle bub.  At six weeks we were told to abort as bub was supposedly ectopic (developing outside the womb).  We decided against it and another scan two days later showed bub was in the womb!  At nine weeks I started bleeding and cramping.  At hospital, they did tests and my HCG levels had dropped over 100,000 in one night and we were told we had miscarried.  A D&C (dilation and curettage – the surgical removal of uterus contents) was booked for the following week.

I demanded one more scan before the op and we were amazed to see our darling bub absolutely perfect and his little heart beating away.

I endured hyperemesis (chronic morning sickness) and glandular fever at the same time but by 16 weeks things finally started to settle.  I thought it would be smooth-sailing from here… that was until I started contracting at 19 weeks.  More tests found me to be in labour and I was told I’d never make it past 23 weeks.

Well, I got to 23 weeks still contracting and had another positive fFN (Fetal Fibronectin) test (babies are supposed to be born within 72 hours of a positive test), which showed I was still in labour.  I was admitted to hospital where they tried to stop the contractions to no avail; I had multiple steroid injections and magnesium sulphate transfusions but bub wasn’t going anywhere just yet.  The doctors had NO idea how, but this baby was hanging on!

I was able to go home at 30 weeks to wait things out after a long hospital stay and, at exactly 33 weeks, my baby boy was born.  The birth was long and complicated, but completely natural.  I was so exhausted that I can barely remember when I first saw him, at a few hours of age.  The first time I saw him properly was the next day; he was two days old when I first held him.  We named him Bradeon.

I was nervous at first to hold him, he was so tiny and fragile.  His whole life depended on me!  After all I’d gone through I didn’t get a chance to bond – it all felt so surreal.  I remember in the middle if the night going down to the NICU and asking to hold him once again, right there and then, on my own without all the family around, just me and him.  I realised that he was MINE and as I gently sang a song to him called Oh What A Miracle (I heard it when I first got pregnant and would sing it to him every day knowing just how much of a miracle he was), I burst out crying.  I sat with him in my arms, tears streaming down my face, and promised him that I would never leave him and that I would do everything possible to get him healthy and home.

Bradeon endured a rocky start – he had gastro at a few days of age.  He was so sick and had so many operations and tests and ended up in ICU.  We came so close to losing him and all we could do was cry and pray before the Lord for yet another miracle.  When he pulled through all of a sudden (on death’s door one day and like a new baby the next), yet again doctors were shocked.  What had happened was not medically possible but here was another testament to the faith and abounding love of God and His hand upon our family.

We were told if we had another bub, I’d be lucky to get past 24 weeks.  The evidence in Bradeon’s pregnancy and life told us otherwise and we tried again and sadly miscarried soon after conceiving.

When Bradeon was six months old I fell pregnant again.  I had another long, closely monitored pregnancy.  I went into labour again at 16 weeks and it couldn’t be stopped.  By 33 weeks doctors were yet again shocked I’d managed to get so far, but things were really picking up.  After two weeks of excruciating pain I told my midwife that I couldn’t handle it anymore.  I was 35 weeks and she did an examination to find that I was 5cm dilated already – the only thing stopping me progressing was that bub had his hand above his head!  She pushed his hand back and told me to meet her at the hospital. Once at hospital she broke my waters and our second son Caden was born within half an hour! 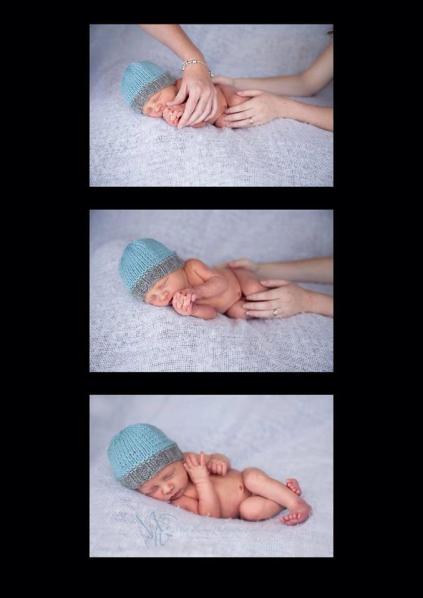 Tiny little Caden soon after birth. He was two times the size of Bradeon when born!

Bradeon and Caden bring us such joy.  Bradeon is 16 months old now and is nearly six months ahead of his age level developmentally.  I am so blessed to have my boys and although their pregnancies were difficult, I wouldn’t change a thing.

I’ve always valued life and loved Psalm 139 about how precious life is from the start but having my kids, even my angels, just gave that passage a whole new meaning and made me value and want to fight for life even more.

There is always hope.  No matter what is said, at the end of the day only God can make the final call.”

Do you have a story like Chercara’s? A journey that highlights the inherent value of life?  I’d love to hear from you.  Shoot me an email at inklingmedia01@gmail.com