A good word for describing a large chunk of Tasmania’s population who are of voting age and will be expected to scribble on a ballot paper this Saturday.  I’m not going to make any outlandish statements about God smiting human beings who fail to hold a conviction on which party to vote for.

Vote whichever way you choose.  But don’t be apathetic about your vote.  I was once.  Not anymore, because I see what a difference it makes to the way we live in this lovely little state, girt by sea.

Proverbs 4:5-7 speaks of wisdom (and, might I add, she’s personified as a woman!): “Get wisdom, get understanding; do not forget my words or swerve from them.  Do not forsake wisdom and she will protect you; love her, and she will watch over you.  Wisdom is supreme; therefore get wisdom.  Though it cost all you have, get understanding.” 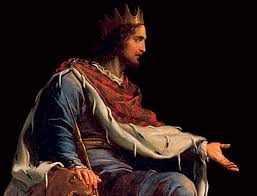 King Solomon is believed to have written the book of Proverbs in the Bible, hence the saying “the wisdom of Solomon”.  He was obedient to God and earnt His favour.  In 1 Kings 3 you will read of an Aladdin’s Lamp-style encounter that Solomon had with God.

“Ask for whatever you want me to give you,” God said to him in a dream.

“Righto,” he said while licking his lips and rubbing his hands together.  “I’ll have an open-plan palace with a hot tub and room for a pony, a supercharged chariot, a hot new harem and one of those gold helmets with the fancy red feathers poking out the top.  Oh, and a packet of TimTams that never runs out.”

He didn’t say that.

This is what he said: “Give your servant a discerning heart to govern your people and to distinguish between right and wrong.” (verse 9)

There’s a noble measure of a leader if ever I heard one.  Solomon ruled with great wisdom and is known to this day as one of the fairest and most discerning kings to have lived.

The lead-up to election day is an ugly circus of cynicism and mud slinging.  All that aside, we are presented with a motley crew of politicians from varying walks of life, with their own agendas and life experiences – most who have worked extremely hard to get their name on your ballot paper.

It’s our responsibility to find the Solomons.  Those candidates that demonstrate a servant attitude to this state and its people, with a discerning heart to govern and the ability to distinguish between right and wrong.

It’s our responsibility to link arms with Lady Wisdom rather than slide into apathy and just vote for the Libs because the rest of the family does, the Greens because you like trees or Labor because its leader has nice hair.

Voting wisely means judging individuals and parties on where they stand with regard to the value and dignity of human life, family and marriage; their ability to manage the economy and create jobs; and the way they plan to care for the weak, poor and marginalised.

Visit www.tasvotes.org.au for a great starting point to your voting research.

First published in The Examiner Newspaper for Keeping the Faith column on Monday March 10, 2014.