Perhaps the Lord’s Prayer should be scrapped from parliament.  This issue rears its head with as much regularity, it seems, as the debate around changing the date of Australia Day.  Acting Greens Leader, Senator Richard de Natale is responsible for the latest call.

Personally, I’d like to see the Lord’s Prayer remain.

But is the greater evil that a bunch of pollies are paying lip service only to the lines of a prayer that the Christian faith community upholds as a holy blueprint for communication with our Heavenly Father?  Words like sacrilege, hypocrisy and disrespect have been used for lesser offences.

And, as author, historian and Centre for Public Christianity director John Dickson wrote recently in an article for ABC’s The Drum, “The Christian love of prayer is more than matched by the Bible’s aversion to hypocrisy” (Letting go of the Lord’s Prayer in Parliament, January 19).

The prayer in question goes like this – and I quote from a modern version, the Good News Translation.

“Our Father in heaven:

May your holy name be honoured;

may your Kingdom come;

may your will be done on earth as it is in heaven.

Give us today the food we need.

Forgive us the wrongs we have done,

as we forgive the wrongs that others have done to us.

Do not bring us to hard testing,

but keep us safe from the Evil One.”

What’s the significance then?

The well-known prayer begins by acknowledging someone greater than. There’s someone bigger, higher and greater than the proceedings at the pinnacle of government and national leadership.  Not only that, He is more honourable than any of our leaders – political personalities included.  There is a higher order, a better way that will one day prevail.  Peace.

The prayer goes on to seek blessing through provision.  One small line; “Give us today the food we need,” yet so heavy with meaning.  In these seven words, greed is shunned, as is the human tendency to over-plan.  It says, ‘today is what matters’, which resonates with a verse later in the same chapter – “Do not worry about tomorrow, for tomorrow will worry about itself.  Each day has enough trouble of its own.” (Matthew 6:34)

Then comes the challenge.  Forgiveness.  Forgive me as I forgive others.  But do I indeed forgive others?  And if or when I don’t, do I deserve forgiveness myself?  Forgiveness is a crucial ingredient to peaceful living and this line of the Lord’s Prayer magnifies the human condition: our capacity for failure and wrongdoing alongside our capacity for compassion, mercy and grace.

The prayer concludes with a plea for moderation and protection.  Don’t give me more than I can bear, and don’t allow evil to penetrate. 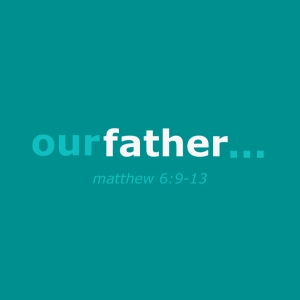 In scrutinising the import and intent of this simple prayer, it’s hard to find reason to retract it from its current place in the opening proceedings of parliament.  I, for one, can find no wrong in a poetic utterance designed to stimulate humility, love, forgiveness and tolerance.

Yet, we are no longer a Christian nation, as I am frequently reminded, so is it right for people with no respect for nor personal relationship with God to participate in such a prayer (although it is in no way mandatory)?

Another thought; in Australia we increasingly “acknowledge the traditional custodians of the land” at the beginning of many community gatherings as a mark of respect to Aboriginal Australians.  Christianity is another part of our heritage, one that has dramatically shaped our culture.  With Christianity remaining the major religion of Australia, could the Lord’s Prayer in parliament continue simply out of respect for these people?

And for those who cannot prescribe to the God we follow, the prayer could at least be a reminder that addressing need and practising humility and forgiveness are necessary for a peaceful nation.

Please join me and others in a show of support, saying the Lord’s Prayer aloud tomorrow, 12 noon, at the Town Hall in St John Street, Launceston.

First published in The Examiner Newspaper for Keeping the Faith column on Monday February 10, 2014.